When Do Ants Sleep? 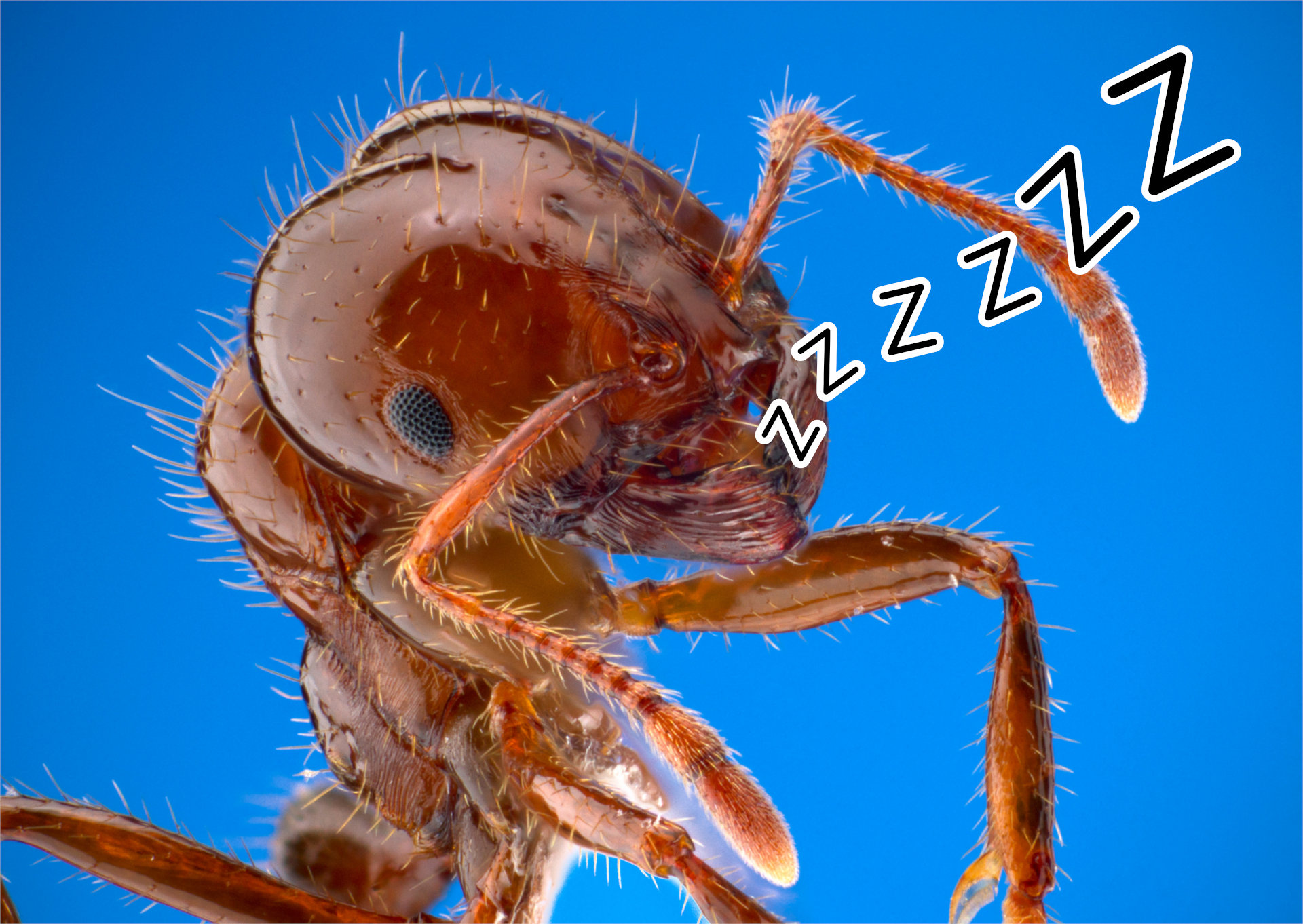 Ants sleep intermittently, often taking hundreds of brief naps throughout the day, according to a study on ant sleeping habits.

The study found that Solenopsis invicta worker ants sleep, on average, 253 times per day, with each sleep episode lasting around 1.1 minutes, for a grand total of 4 hours and 38 minutes of sleep.

In contrast, Solenopsis invicta queen ants sleep, on average, 92 times per day, with each sleep epsiode lasting around 6 minutes, for a grand total of 9 hours and 12 minutes of sleep.

“The large number and short naps by workers means that jobs in the nest never go unattended. There is always a worker available when the need arises. When work is slow, workers sleep more,” says Cassill.

Worker ants were found to sleep in one of three places: on the ceiling, against the chamber wall, or in the center of the chamber floor.

Queen ants, on the other hand, were found to huddle together with other queens and synchronize their sleep. According to Cassill, “It’s very cosy. The synchrony of queens occurs because, like hound dogs, they pile atop each other when they sleep. When awake, they separate.”

Given that fire ants spend most of their time underground, the study found that, as expected, sleep was unaffected by light/dark cycles.

Antkeeper is a 3D ant colony simulation game for Windows, Mac, and Linux.